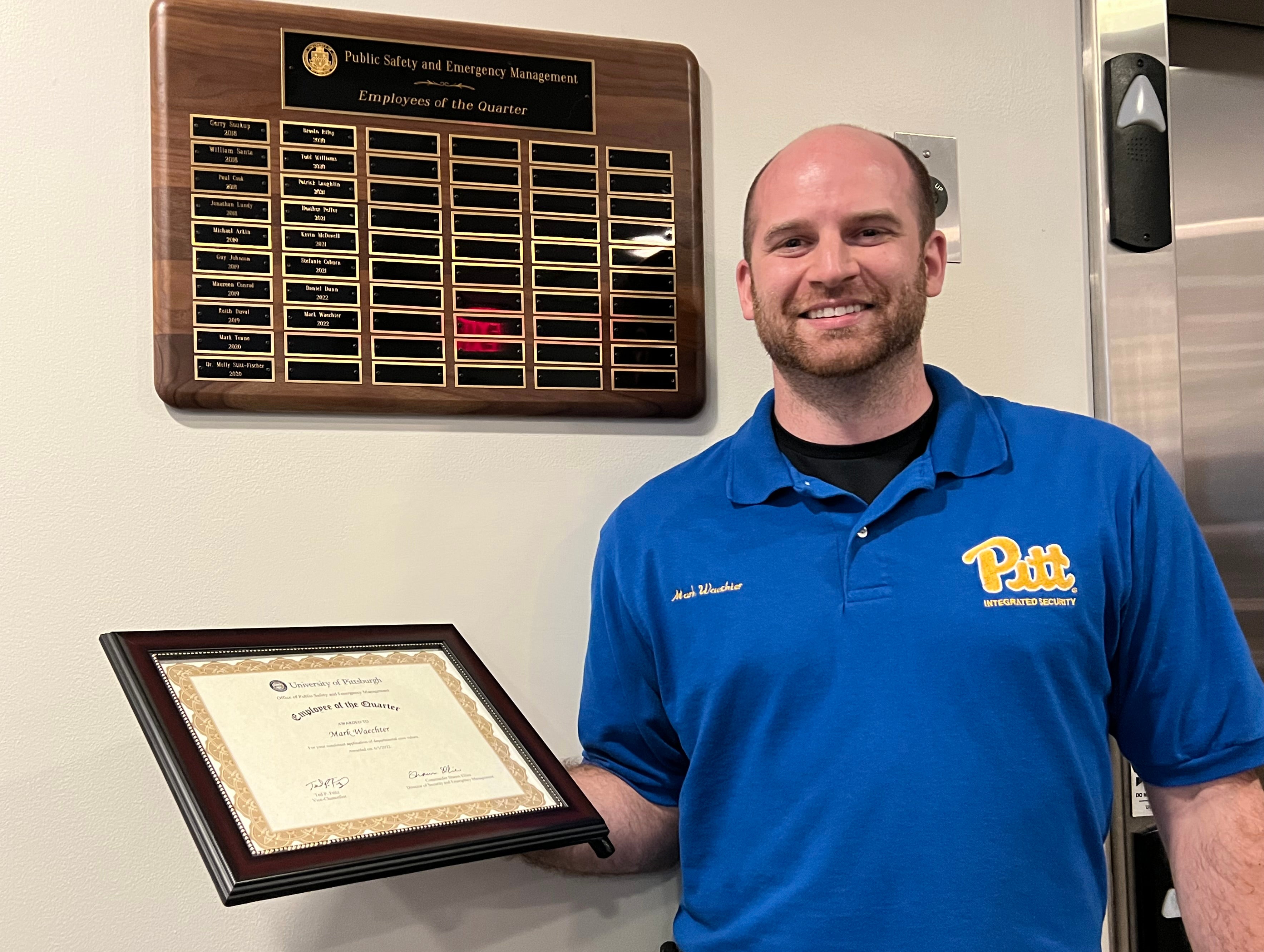 Mark Waechter was named the Office of Public Safety and Emergency Management's Employee of the Quarter for the Second Quarter of 2022 during a brief ceremony at the Public Safety Building.

Mark Waechter started at the University of Pittsburgh as a guard in 2014 and worked at BST3, Western Psych, and Trees Hall. He transitioned to a technician with the Integrated Security Department in 2019, where he worked alongside the senior techs with installations and service.

Mark was heavily involved in the 2020 installation of just under 1,000 locks in the Quad, converting the offline locks to the ISD Wi-Fi locks.  There was a limited amount of time to complete this project before the students came back and he played a large role in the success of that project.

In 2021, Mark worked with the Operations Manager to get the COVID stanchions working in the Academic buildings as part of Pitt’s Contact Tracing program.  He was able to install and program them in a short amount of time.

This past year, Mark was the lead tech on the Assembly project. This was ISD’s largest installation project since Nordenberg Hall. Over 100 cameras, and over 200 locks were installed.

Mark has been instrumental in the success of many of ISD's projects.  He is attentive and always willing to learn.  He takes time during service calls to explain the issues to customers and completes assigned jobs accurately and timely.  Due to Mark’s diligent work, he has recently been promoted to the ISD Project Lead Technician.

Mark has a Bachelors Degree in Criminology with a minor in Child Development & Family Relations from the Indiana University of Pennsylvania. He also has a Masters of Science in Safety, Security and Emergency Management from  Eastern Kentucky University. 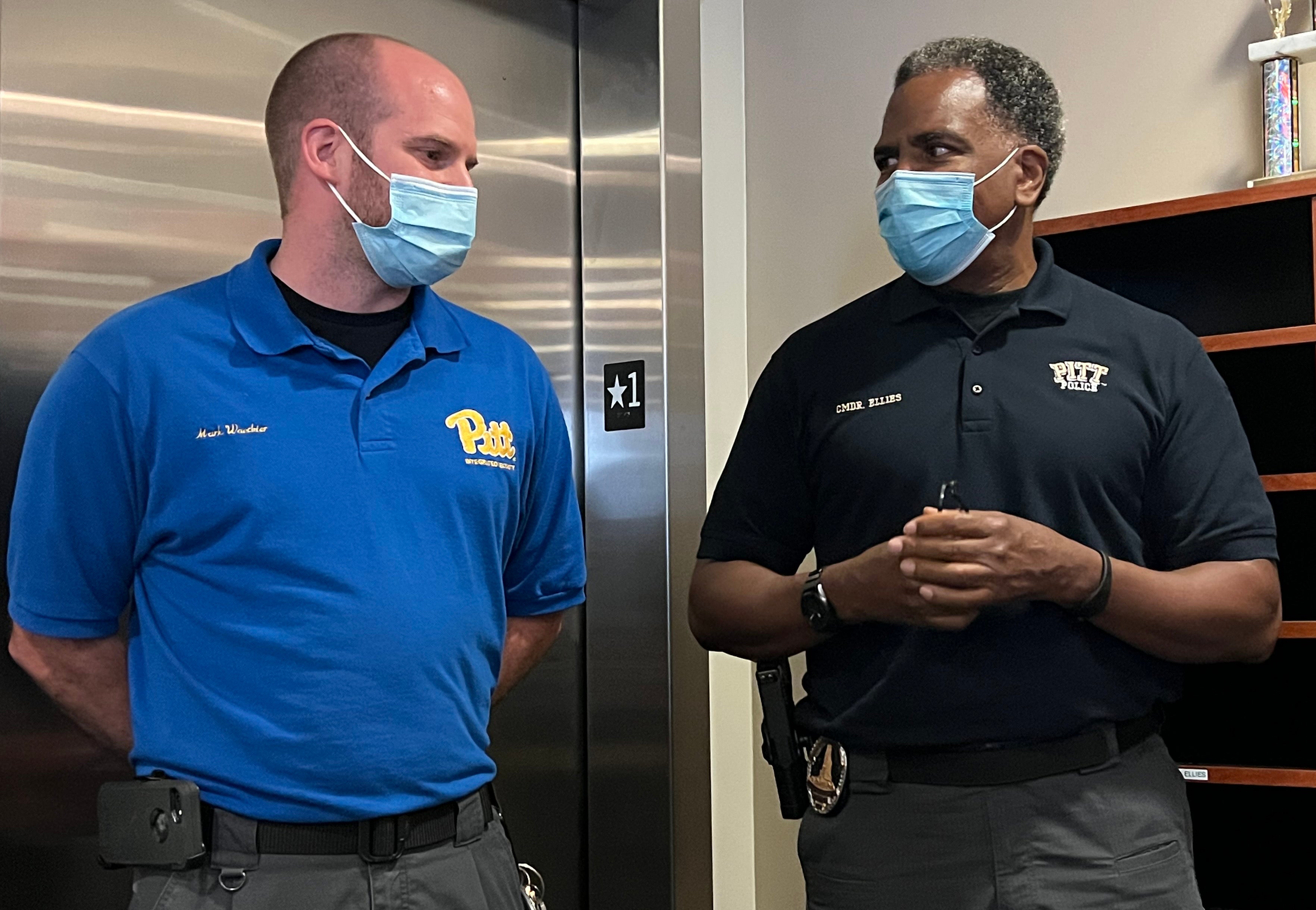 Pitt Police Commander Shawn Ellies, the director of security and emergency management, talks about Mark Waechter during a brief ceremony at the Public Safety Building on June 1. 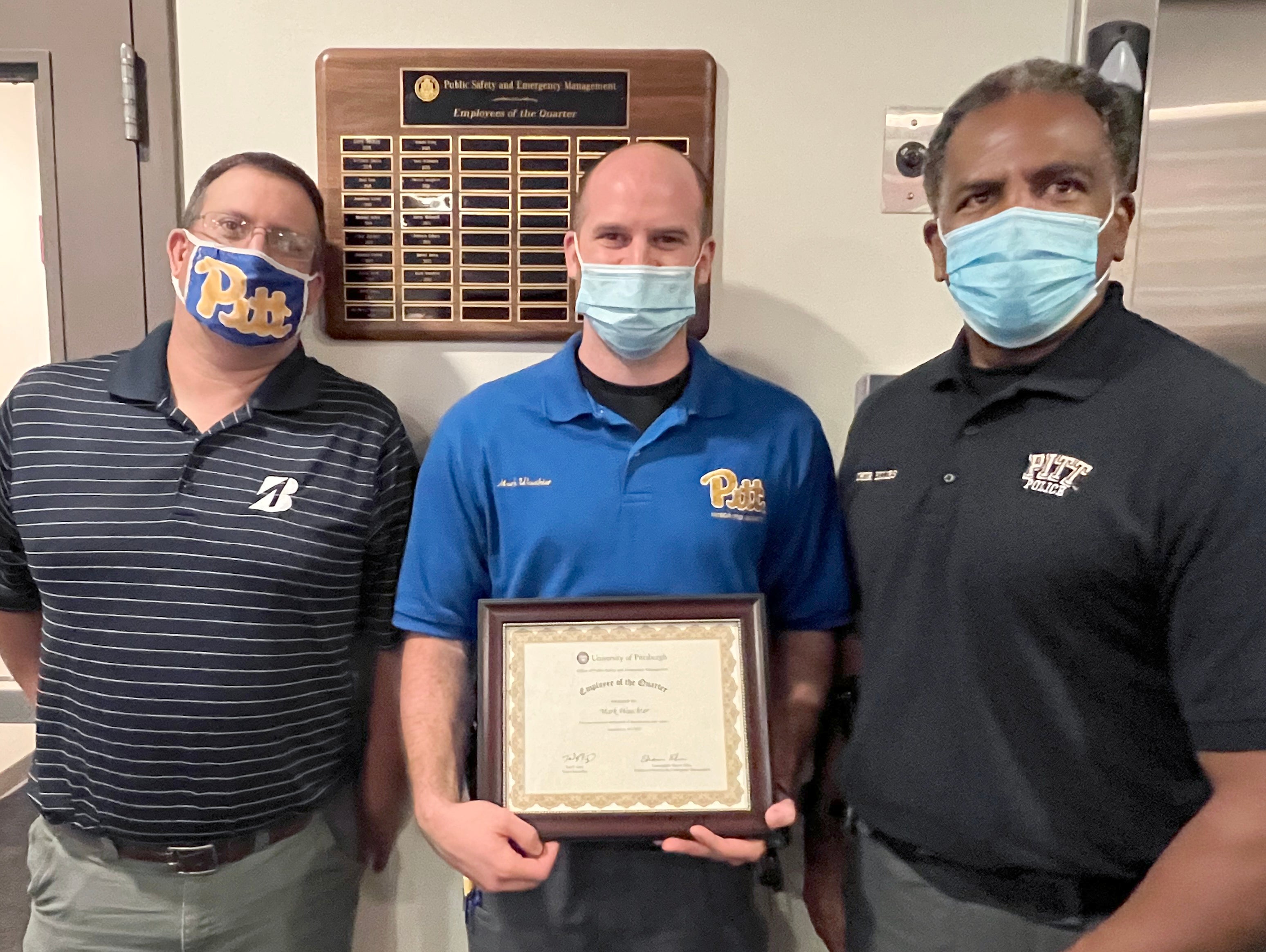 Mark Waechter stands with the placque honoring him as the Employee of the Quarter. With him are Todd Williams, left, the director of operations for the Integrated Security Department, and Commander Shawn Ellies, the director of security and emergency management.