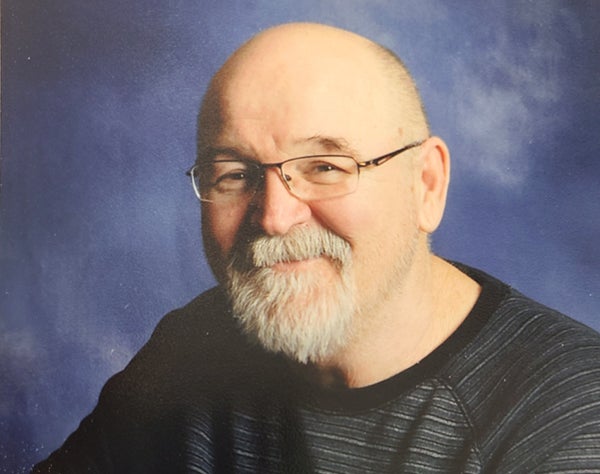 Personality. Character. Work ethic. If these are the traits that define a good co-worker, then Dorsey Wheeler was one of the best.

It goes without saying that Wheeler, a custodian who helped keep the University of Pittsburgh's Office of Public Safety and Emergency Management a clean-running ship, was also a friend.

To make PSEM's feelings clear, Vice Chancellor Ted Fritz named Wheeler the Office's inaugural Friend of Public Safety, an annual award going to those whose contributions and impact go unheralded but not unnoticed.

On May 3, Fritz presented the posthumous award to Cindy Wheeler, Dorsey's wife of 37 years and an employee at the university's Office of Facilities Management.

Dorsey, who worked for 22 years at Pitt and since 2006 at the Jerome Cochran Public Safety Building, died on Feb. 16 after battling several health issues.

"He was always interested in how other people were doing," said Fritz. "He was also genuinely concerned about making the building a nice place for all of the staff who work here. He got the job done but did so with such a pleasant demeanor. His good attitude proved to be contagious when you were around him. He was the sort of person that you want to have around your workplace." 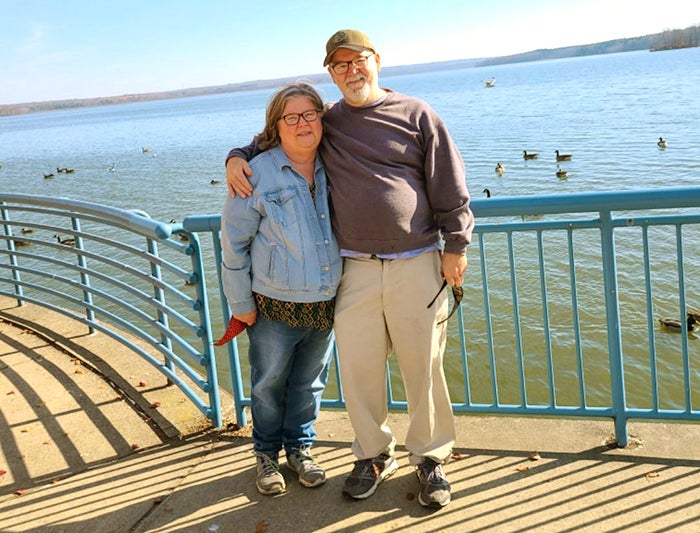 Cindy Wheeler said her husband had a love of life and family and a penchant for the unusual, something she found out immediately during their first meeting — when Dorsey was a carpet installer and Cindy worked in the receiving department at a Hills department store.

“He and the guy he worked for came in to install carpet on shelving for the audio department,” she said. “He was so funny. He was talking to me and we were walking down an aisle while I was showing him where the audio department was. And he did a cartwheel — right in the middle of the aisle. I thought, 'Hmmmm, he was very intriguing, to say the least.' He was just so funny."

Asked if she knew then if he was “the one," Cindy nodded her head and said softly, "He had these big brown, hazel eyes."

The two dated for three years before getting married in 1984. The Wheelers eventually bought a home in Sheraden and raised three children, but it's the "second home" — a place at Holiday Camplands near Lake Pymatuning — where the family loved to go and spend time together.

"There was swimming and crafts," said Cindy Wheeler. "It was just nice place to hang out together. There was a lot of family time. We would just all hang out and cook out."

Dorsey, she said, did the eating, not the cooking.

"He liked to eat," she said. "He liked the basic camp foods: hot dogs, hamburgers, baked beans. He liked all that stuff."

As the kids got older, the parents made trips to the camp together.

"We rode to work together. We worked in the buildings right nextdoor to each other. We rode home together. Then we'd go to camp together. We did everything together," Cindy said, noting that the Facilities Management and Public Safety buildings are located side by side on Forbes Avenue. 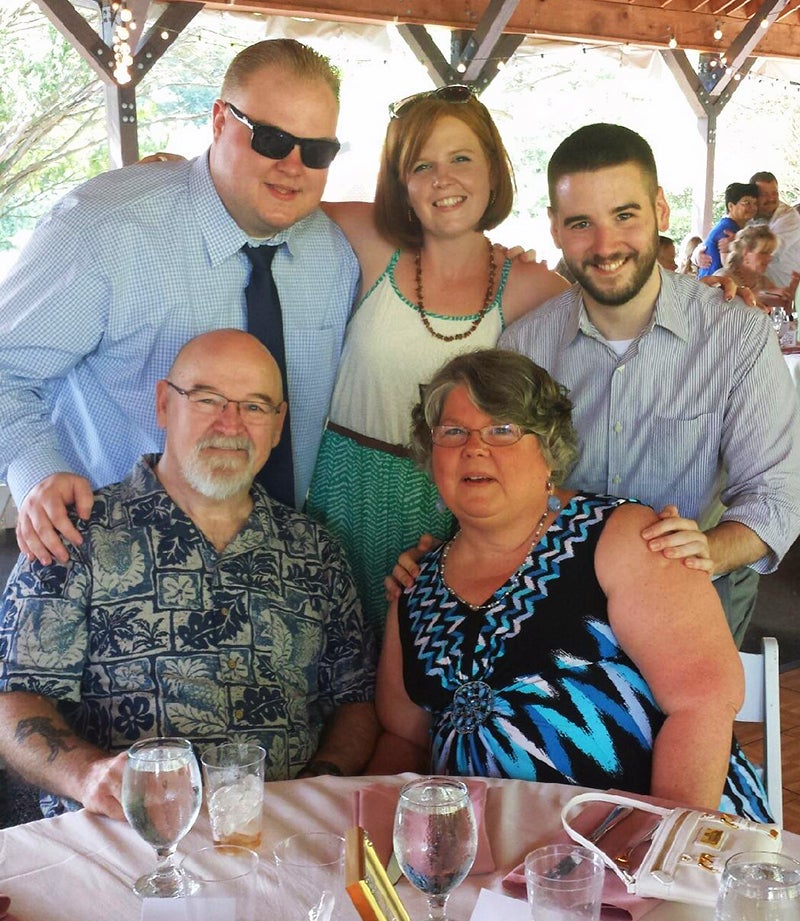 Dorsey and Cindy Wheeler with their children, from left, Jared, Jessica and Dorsey Michael. (Courtesy of Cindy Wheeler)

Dorsey often used his time at the camp looking for bargains at a flea market in nearby Andover, Ohio.

"He loved flea markets," Cindy said. "The car would be gone and I knew he went to the flea market. It was an old drive-in. He loved to look at different things. He loved hats — loved baseball caps."

Dorsey was born on Nov. 18, 1953, in Long Beach, Calif. His family moved to Pittsburgh when he was 5 years old. He later returned to Long Beach to serve in the U.S. Navy. After his short time in the service, he came back to Pittsburgh. Cindy said Dorsey was a bit of a “wild child,” but he settled down after their marriage, especially when the kids — Jessica, Jared, and Dorsey Michael — were born.

“He was a good father. He was the fun one, and I was the disciplinarian,” she said, laughing. “If he could, he'd give them whatever they wanted.”

During the winter holiday, Cindy said the Public Safety employees would give Dorsey a card containing some extra spending cash.

“Even though I had already done all the Christmas shopping and everything was done, he'd take that money and go back out and buy all the kids gifts with that money,” she said.

His friends at the Public Safety building will remember a man who went out of his way to make its staff feel welcomed and comfortable, his sunny disposition always brightening their days.

"Dorsey persevered through many things over the 15 years that I knew him," said Maureen Conrad, assistant to the Chief of Police. "One of my favorite quotes by Dorsey was, 'Get on the good foot!'  Even when he didn’t feel good, had things going on, he still always would say that to me. He pushed through so much and loved his family so very much." 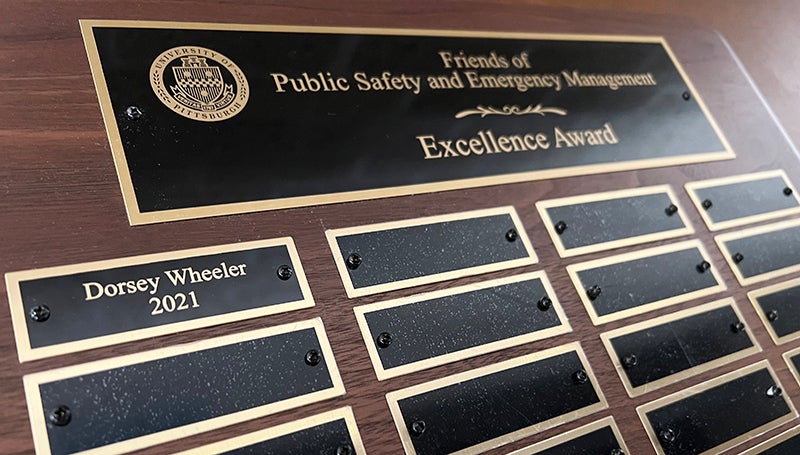 A plaque honoring the 'Friends of Public Safety and Emergency Management" is located on the first floor of the Jerome Cochran Public Safety Building. Dorsey Wheeler is the inaugural honoree.

"Dorsey was just a good human being," said Nicole Barrett-Acre, an administrative assistant in Public Safety. "He never complained and was so very humble and kind. His family meant everything to him, and I admired that the most."

In the year before his death, Dorsey had to spend time away from work on several occasions, and he had been away from the office for months before his death. During the long absence, his friends at the Jerome Cochran Public Safety Building missed his presence.

"The first time we met I was pregnant with my daughter," said Barrett-Acre. "He watched her grow from a baby to a teenager. He watched me grow from a young girl to a mother. He was present through all of my good days and bad. He stopped and chatted with me every day. We would talk about so many things, but above all we laughed.

"Sometimes I’ll glance at my office chair that he sat in, and my mind will take me back to all of those fond memories. Because of Dorsey I will always remain humble and never forget where I came from. And above all, family first. Those are just a few things, that he has unknowingly passed down to me. It was a pleasure and honor to have known Dorsey Wheeler."

Cindy said "it means a lot to me and makes me very happy" when she hears others speak so fondly of her husband.

Tina Torquato, the assistant to the Vice Chancellor, said Dorsey "was a gentle soul and a kind man. When I first started here, he always made me feel welcome."

Even when Dorsey was at UPMC Magee-Womens Hospital, where he was treated in their transitional and intensive care units, Cindy Wheeler said her husband was still doing his best to cheer up the room.

After his death, the nurses on the fifth floor who knew and cared for Dorsey sent flowers to the funeral home.

Likewise, his friends at the Public Safety building made him a book that contained photos, memories and poems. Cindy said her husband's Public Safety friends brought as much joy to his life as he did to theirs.

"He loved teasing the girls over there," she said. "He thought he was a ladies man."

His special sweetheart was the one he did flips for — or, in this case, cartwheels.

"When we knew that he was passing away, I broke down one day," she said. "He could talk, but he was wearing a mask on his face, so I couldn't understand him. So I got him a whiteboard and he would write on it. So one day, I started crying and he wrote on there, 'Don't be sad.' And I said, 'how can I not be sad? Who am I going to yell at when we're going to camp? Who am I going to yell at in the car?' And he said, 'I'll be there.' "

Visit our COVID-19 response site to see the latest updates on the virus as well as precautions that Pitt is taking against it, frequently asked questions, and CDC updates and resources.