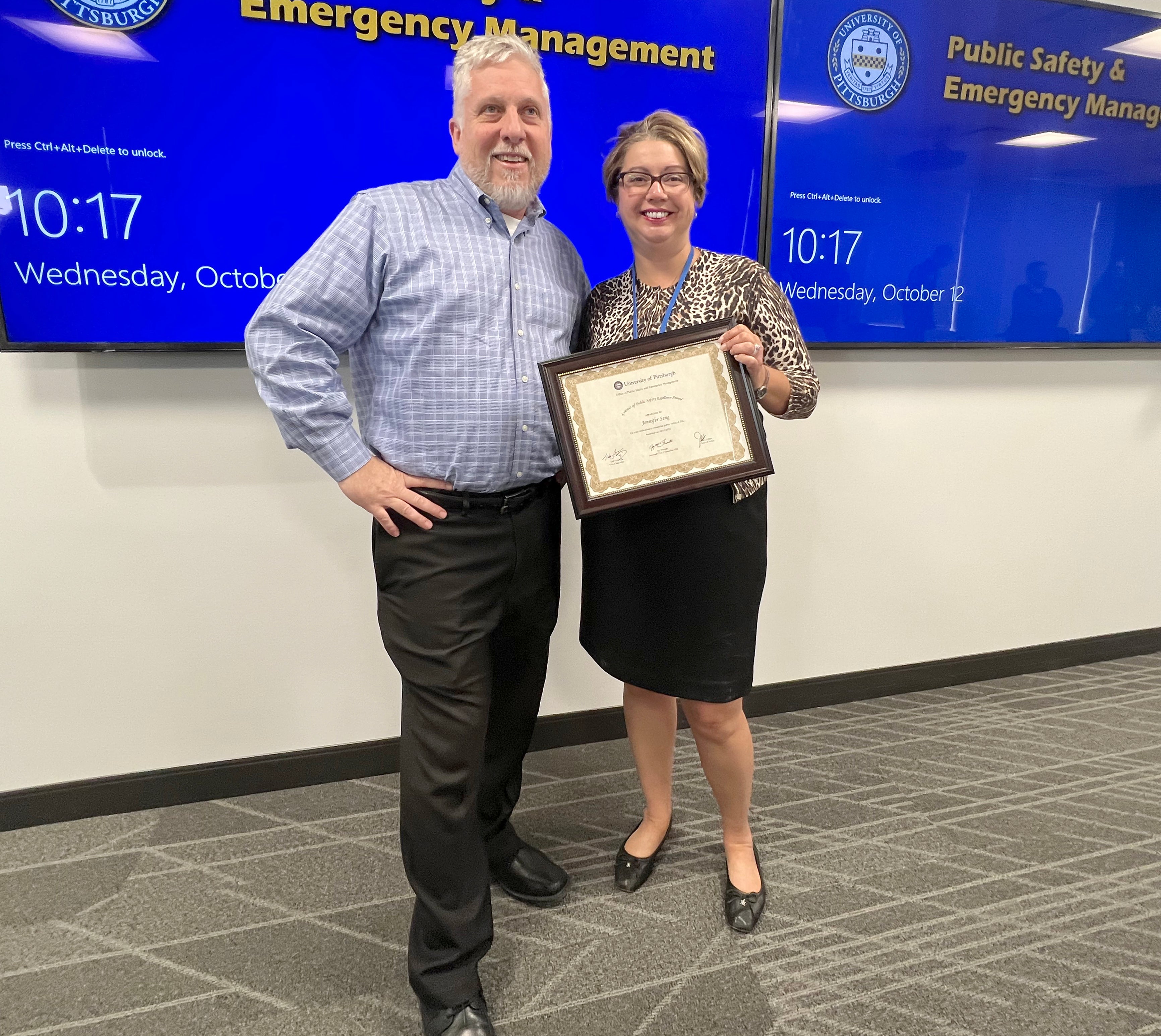 The Office of University Counsel — including Senior Vice Chancellor and Chief Legal Officer Geovette Washington and the rest of her staff — has always been a strong supporter of Public Safety, and Seng has been a great advocate of OPSEM since joining Pitt in March 2015.

In her work with Public Safety, Seng has served as a member of the Campus Climate Assessment Team and the Threat Assessment Team; an advisor to the Pitt Police Department and now the Department of Environmental Health and Safety; sat as a member of the emergency operations committee; and assisted in the University's emergency response to COVID-19.

Ted Fritz, Vice Chancellor for the Office of Public Safety and Emergency Management, said Seng has even helped the Pitt Police add new members to its ranks.

"She's been a recruiter for us — bringing to our attention those experienced in law enforcement and security to help us keep our numbers up," said Fritz.

During a gathering for Ms. Seng at the Jerome Cochran Public Safety Building, James Loftus, chief of the Pitt Police Department, said, "I prize your advice. You Tell us not what we want to hear but what we need to hear, and that's always been appreciated."

Seng said the respect is mutual.

"It's been my privilege to work with all of you and see what you do to protect this campus and keep it safe," Seng said. "You're one of my favorite clients."

Seng is the second person to be named a Friend of Public Safety. In March, Dorsey Wheeler, OPSEM's longtime custodian, was posthumously named the inaugural Friend.

Visit our COVID-19 response site to see the latest updates on the virus as well as precautions that Pitt is taking against it, frequently asked questions, and CDC updates and resources.